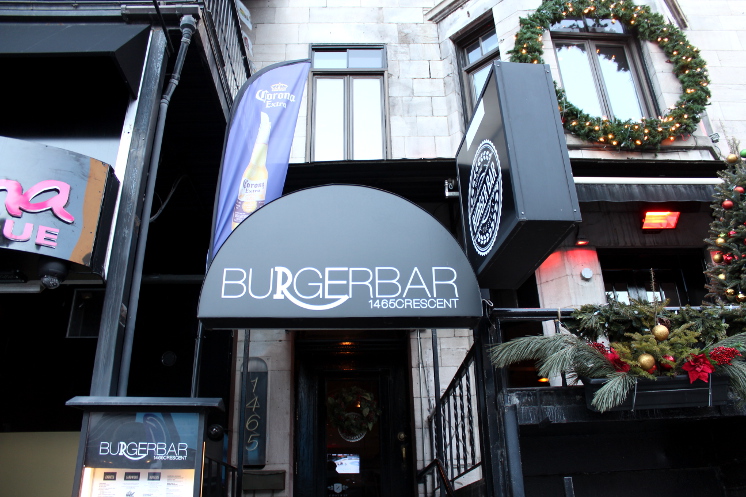 Today my cousin and I adventured ourselves in downtown Montreal and ate at a super cute and chic burger joint: the Burger Bar. First, let me say that it was about 2 o’clock when we got to the restaurant, and we both hadn’t eaten at all before that. WE WERE HUNGRY!

We started off with drinks (we actually asked for water too but the server forgot about it). My cousin ordered a Bourbon Lemonade, a mix of Maker’s Mark, lemon juice, simple syrop and angostura bitters! So refreshing! I had the Mango Delight, a mix of Malibu rum, Henkell Trocken and mango juice. For some reason I expected something different texture wise, since mango juice usually has some thickness to it. I did enjoy it though.

And then our plates arrived! We ate EVERYTHING! Not only because we were super hungry, but also because it was good. My cousin took the Supersonic Burger, which comes with an AAA beef patty, Jarlsberg cheese, pickle, lots of banana peppers, onion rings (yup), tomato, smoked bacon (at first I didn’t want to taste it because I had watched an anti-pork industry video not too long ago that grossed me out…but oh Gurrdd, that bacon was so good!) and with the spicy mayonnaise that came with it (I said Lord it’s a fire). I took the Baba Burger: AAA beef patty, grilled red pepper, red onion, zucchini, roasted Portobello mushroom (it was huge!), babaghanoush (egg-plant puree), garlic mayonnaise and a balsamic reduction. Lots of veggies in there, just like how I like my “cheat meals”. It makes me feel better about myself, don’t judge me!

The service was okay. My cousin must have said ” he’s playing with his tip!” twice, talking about the server, because he forgot about us a few times. But I think he simply had too much to take care of. A second server in that section of the restaurant would’ve helped. He did apologize for the wait and thank us for our patience, which was nice of him. I certainly would go back to eat there (on another cheat day :P)! I like how I was full but didn’t feel grossed out with myself. Sometimes the food is so greasy and heavy, you regret not getting a salad instead. It totally wasn’t the case at Burger Bar. 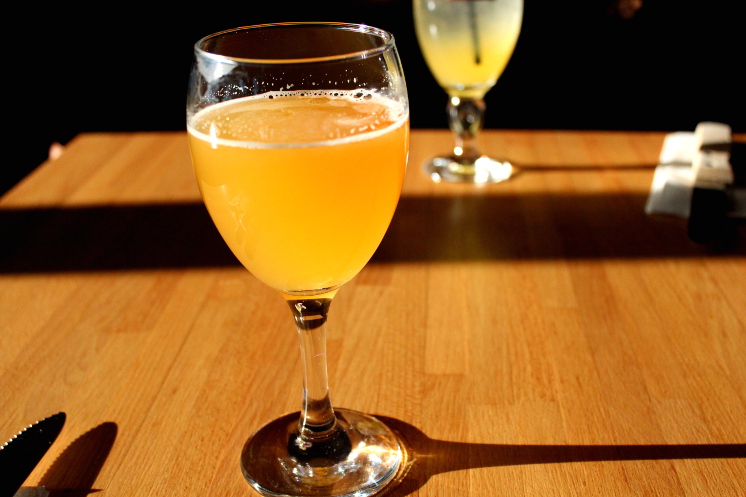 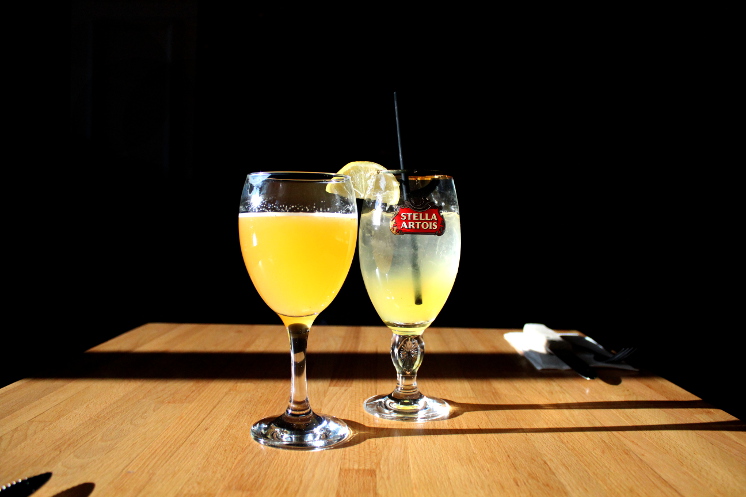 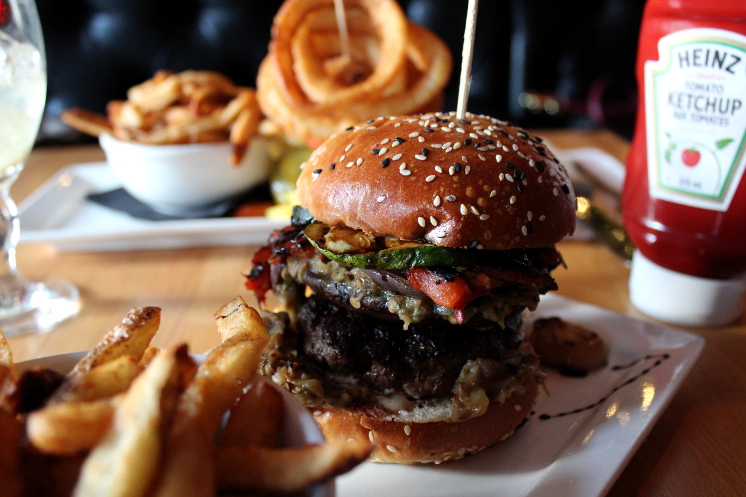 How I love this short but well needed winter vacation! This past uni semester began extremely well but ended in...