The first day of the month is always well designated to be the start of a new challenge! Exercise more, drink more water, sleep earlier, “keep my room clean for a month”, I always come up with something new! Back in May 2013 it was “eat more fruits and veggies”. That’s when I discovered green smoothies.

I was used to making smoothies at home, but the idea of incorporating greens in them was totally new to me. I learned about green smoothies through Simple Green Smoothies, a company ran by two awesome mommy friends who, after discovering the benefits of green smoothies, decided to spread the word and get as many people involved in improving their health by creating the Green Smoothie Challenge. It’s a 30-day challenge during which we have to drink one smoothie a day. It’s all about eating more fruits and greens on a daily basis in a easy and fun way. Rest assured, it’s not a diet; the smoothies don’t replace any meals (although they make for a great breakfast). It’s all about improving your lifestyle so that the habit of eating better stays with you even after the challenge. You’ll feel more energized, less bloated, and might even lose a few pounds along the way!

I totally encourage you to sign up for the upcoming challenge which will begin April 1st! People seeing you chug down a jar of “green stuff” might think it’s part of some April’s Fools Day shenanigans, but that’s okay. You’ll get the disgusted and/or intrigued faces all the time, and that’s okay too. Just look at these people in the eyes, smile and keep drinking, like “I know you’re wondering what’s in my glass Carole, just come and ask me already!”.

I love drinking my smoothies in the metro because I know people will look (after reading the news and playing Candy Crush, people watching is every commuter’s preferred activity). And some people’s faces are priceless! I can tell they’re trying to guess what gives my drink that bright green color! I’d have coworkers at work telling me how nasty my smoothies must taste because of the spinach, and I’d be like “do I look like the kind of person who would willfully drink something that tastes awful?”. Next thing you know, it was the Green Month at work, and I was asked to make green smoothies for the whole department. The ones who were the most reluctant to try it at first were the ones who asked for refills!

The smoothie I did that day is called Beginner’s Luck. It’s the best introduction to green smoothies ever! It contains water, spinach, pineapple, mango and bananas. You just can’t go wrong with it! There’s another version of it called the Beginner’s Luck Remix, in which you simply replace the water for coconut water (so delicious and hydrating). This recipe and many more are part of  the challenge, and you can try out a few of them here before the next one begins. If you sign up for the challenge, they’ll send you weekly grocery shopping lists for the upcoming week’s recipes and a ton of health tips.

*Always blend your liquid base with the greens first to get rid of all the leafy chunks, then add the fruits. I always use at least one frozen fruit to make my smoothies chilly. I personally like to add some lemon juice in the mix as it enhances the flavors! 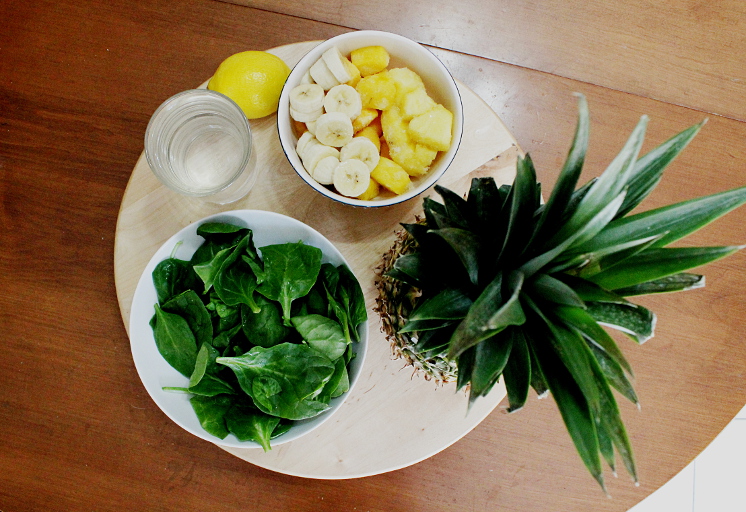 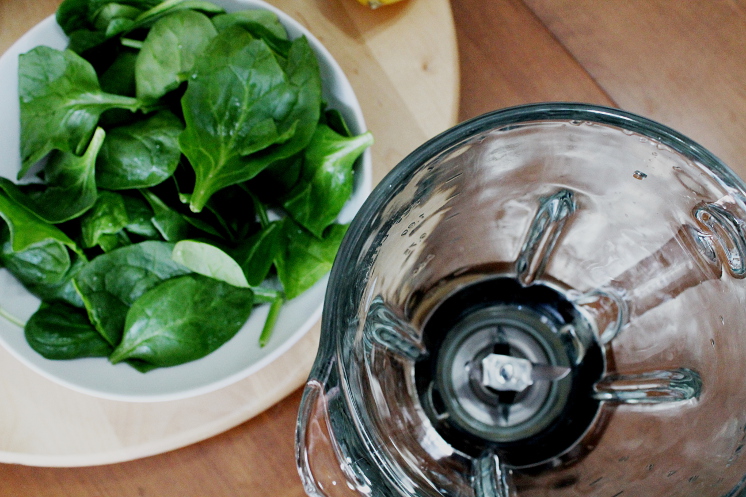 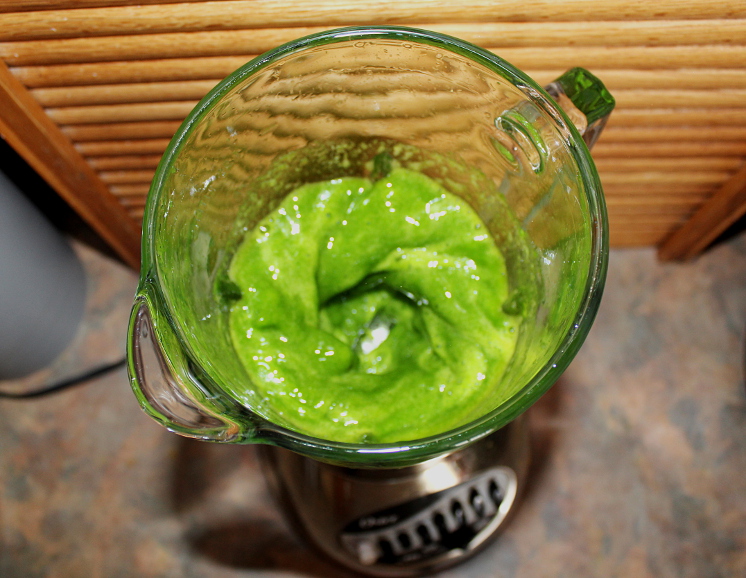 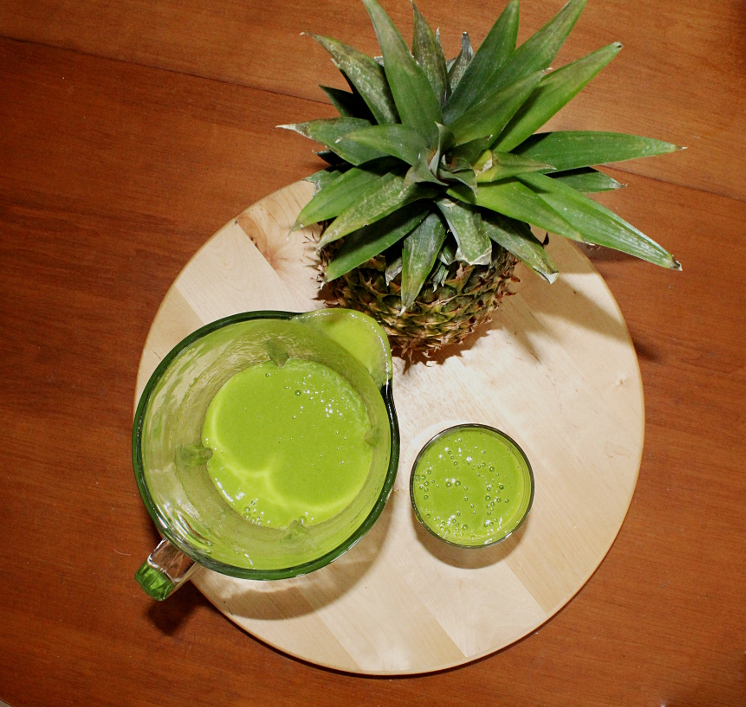 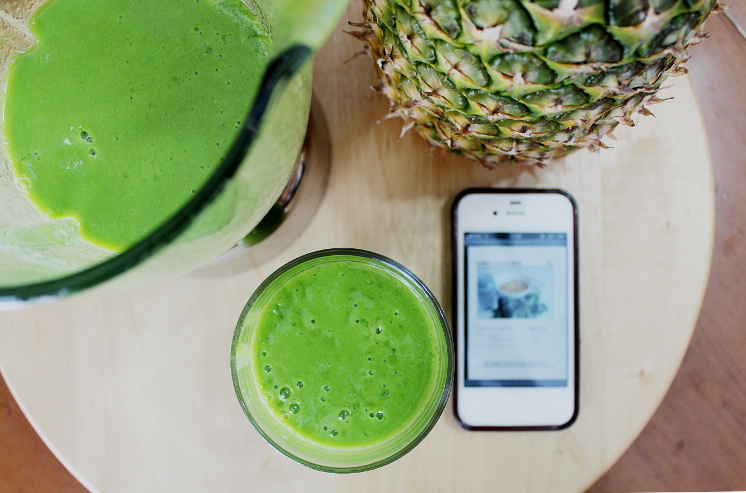 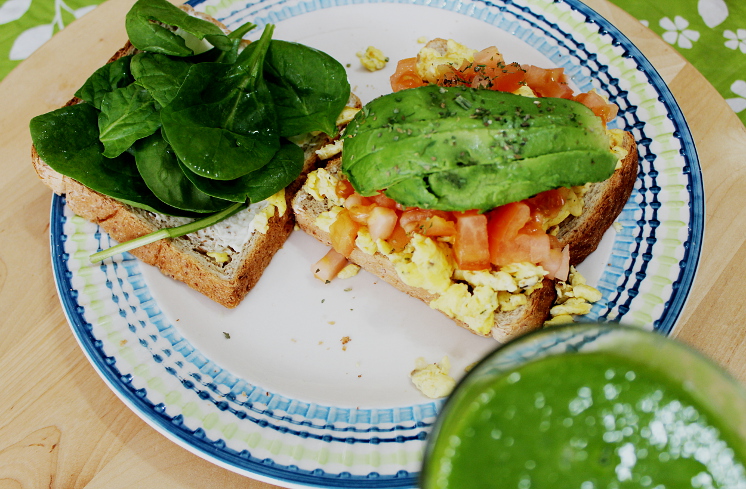 For those of you who already are green smoothie lovers, what are your favorite recipes? Let me know in the comment section!

Ever since I bought my baby blue coat from ASOS, I've been obsessing over colored wool coats! I mean, who...